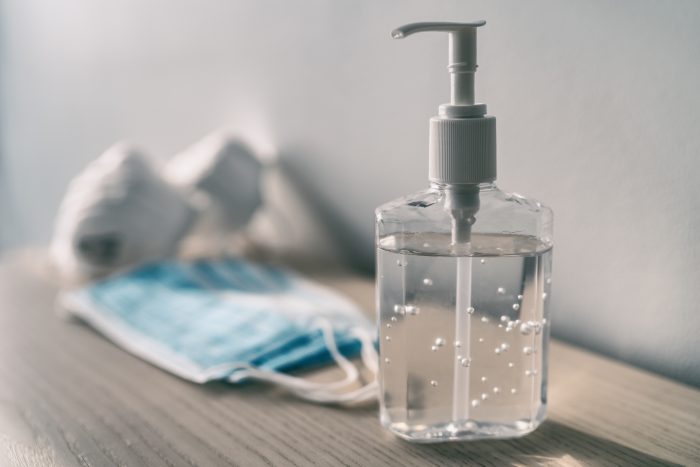 On Thursday, American Oversight filed two lawsuits against the Trump administration for failing to release records related to its response to the coronavirus pandemic. The lawsuits seek records of White House efforts to control public information about the pandemic as well as emails of senior health officials concerning coronavirus testing.

These are the second and third lawsuits filed by American Oversight in our investigation into the Trump administration’s mismanaged and politicized response to the public health emergency. The first lawsuit seeks records related to efforts to control the government’s public communications about the coronavirus, and the second lawsuit seeks emails sent by senior officials related to testing.

President Donald Trump and his administration have been preoccupied with messaging and the president’s own political prospects. Early on, as the president was downplaying the virus’s danger, the Washington Post reported that “the White House has been obsessed with a ‘communications problem,’ to the irritation of senior health officials.” At the same time, CNN reported that Mick Mulvaney, then acting White House chief of staff, sent a government-wide email saying all coronavirus-related communications must go through Vice President Mike Pence’s press secretary. And Dr. Anthony Fauci, the director of the National Institute of Allergy and Infectious Diseases (NIAID), was reportedly directed to “stand down” and cancel five news talk show appearances.

Whether it’s by touting his administration’s pandemic response or advocating for the “re-opening” of the economy, these efforts have continued. This week, the president took to Twitter to claim that Centers for Disease Control and Prevention Director Robert Redfield was “totally misquoted” in a Washington Post article (though Trump singled out CNN) in which Redfield said that the virus will be “even more difficult” next winter, when its second wave occurs at the same time as flu season. Redfield has since affirmed that the Post had quoted him correctly.

In early March, American Oversight filed a number of Freedom of Information Act requests with HHS, NIAID, the Food and Drug Administration (FDA), and the Centers for Medicare & Medicaid Services to determine whether the department’s public communications about the pandemic had been altered by the White House or shaped to benefit the president’s own political interests. The requests seek email communications between key agency officials and the White House, and any directives, orders, or guidance from HHS or the White House regarding public communications or press strategy. Thursday’s lawsuit seeks to enforce those requests.

Neither agency has released the records as required by law, so today’s lawsuit seeks to enforce those requests. American Oversight’s probe of the administration’s costly testing failures also includes another lawsuit filed two weeks ago against HHS and the FDA for final directives, orders, decision memos or guidance related to coronavirus testing.

With three lawsuits and more than 400 public records requests filed, American Oversight intends to get to the bottom of what has been happening behind the scenes in the Trump administration’s tragically botched pandemic response. This week, we’ve also filed requests for records to shed light on the following:

Stimulus Signature Delay: On April 14, the Treasury Department confirmed that Trump’s signature would appear in the memo section of the stimulus checks to be sent to millions of Americans as part of the CARES Act. American Oversight is investigating how this decision was made, and if the unprecedented — and unnecessary — addition of the signature caused any delay in the disbursement of the stimulus. FOIA requests went to the Department of the Treasury and the Internal Revenue Service, seeking analyses of additional delays and costs associated with adding the signature to coronavirus stimulus checks; directives from the White House to add the signature; and emails regarding associated delays and costs.

Animal Agriculture Industry Safety: Slaughterhouses, meatpacking plants, and other protein industry facilities have proven to be particularly vulnerable to concentrations of coronavirus cases, often becoming hotspots for human-to-human transmission. We’re looking into what measures the Department of Agriculture and its Food Safety and Inspection Service hav taken to ensure worker and food safety during the pandemic, seeking records of USDA communications with industry groups and governors with Covid-19 outbreaks in their states; data on plant inspectors’ wellness and protective equipment or related guidance; and FSIS’s “Human Pandemic Operations Plan.”

Influence over Vaccines and Treatments: President Trump has contradicted the medical community and his own advisers by promoting controversial and unproven treatments for the coronavirus, raising concerns about his motivations and the politicization of medical and scientific decision-making. We want to know whether outside entities and private interests may have influenced the administration’s handling of potential treatments. We’ve requested Office of Management and Budget and HHS communications with companies developing vaccines or treatments for coronavirus, as well as White House directives about treatment to HHS, the FDA, and the Defense Department.

Other Requests: We’ve also sent a request to the Office of the U.S. Trade Representative regarding imports of drugs for coronavirus and to the Department of Veterans Affairs seeking supply records for coronavirus tests, ventilators, surgical masks, and respirator masks.